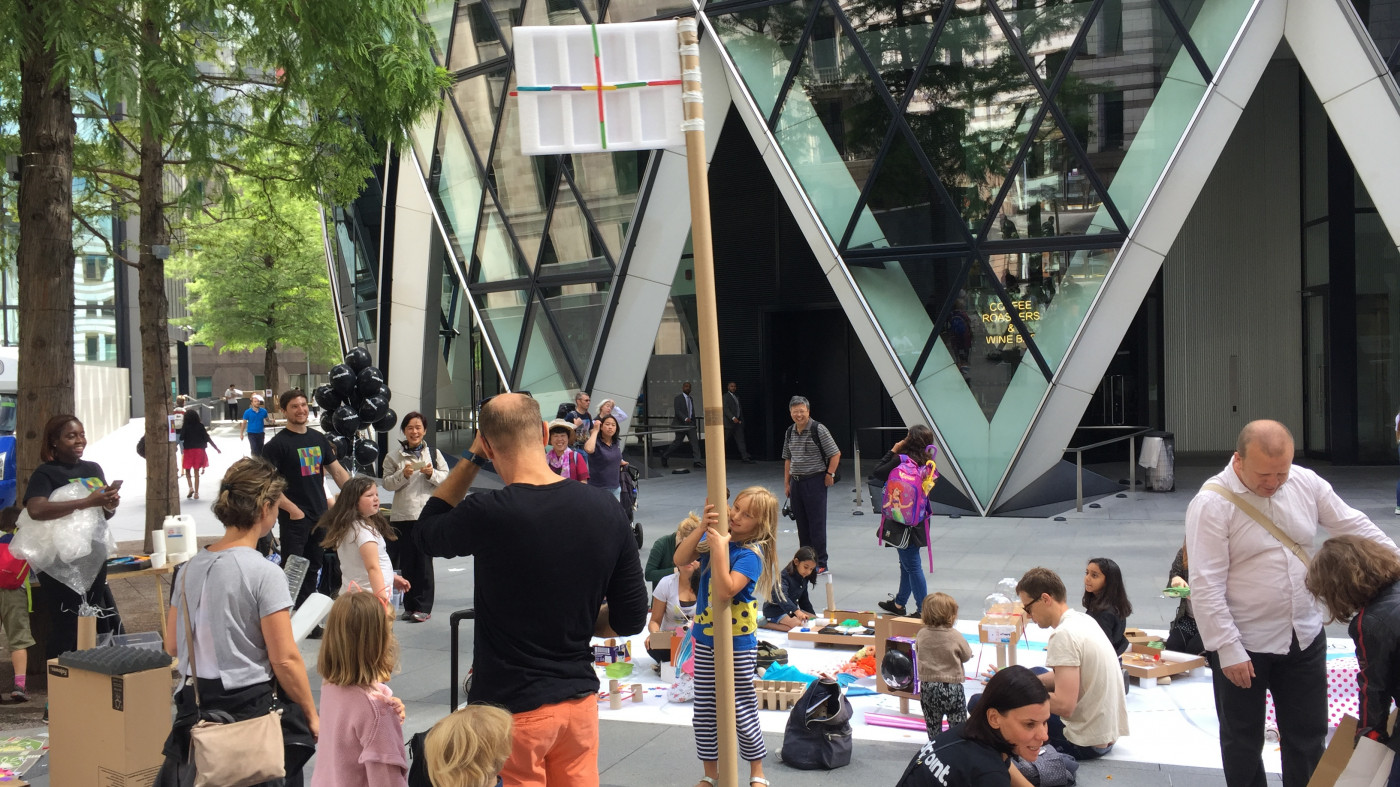 A weekend of creativity amidst the skyscrapers at the Archikids Festival

We’re not sure who enjoyed the Archikids Festival more – us or the kids. Saturday 22nd July at 30 St Mary Axe plaza was full of fun and creativity amidst the skyscrapers. Our activity, City Planners, kicked off earlier than expected due to the excitement of the kids to get creative and start building a 3D mini-London.

The annual weekend-long festival by Open-City took place in the streets, markets and plazas in the City of London Square Mile. It offered over 30 free architecturally-inspired activities and workshops by architects, designers and artists for 5–11-year-old urban adventurers to learn about the architecture, engineering and design of their city.

Kids of various ages became Archikids for the day and were eager to get stuck in to make their own contribution and raise the City of London from a 2D map to the skies – literally to the skies. Our map outlined the River Thames and key bridges and roads in the City of London, encouraging the kids to use their artistic abilities to craft their favourite London roads, stations, and landmarks using various materials including; textiles, boxes, tissue and wrapping paper, jumbo wooden sticks, egg cartons, plastic bottles, rolls, letters, numbers and loads more.

On the day, there were nine of us from Endpoint who got to show off our creative flair and make these iconic landmarks; the Gherkin and London Bridge. Our work was nothing compared to the 100+ kids, who among them crafted a hotel, a robot, an underground station, parks with people and animals, the largest England flag you can probably find made out of craft materials, airports and a string telephone, just to name a few.

We can’t wait to take part in the festival again, but in the meantime, check out some of our favourite pictures from the day.