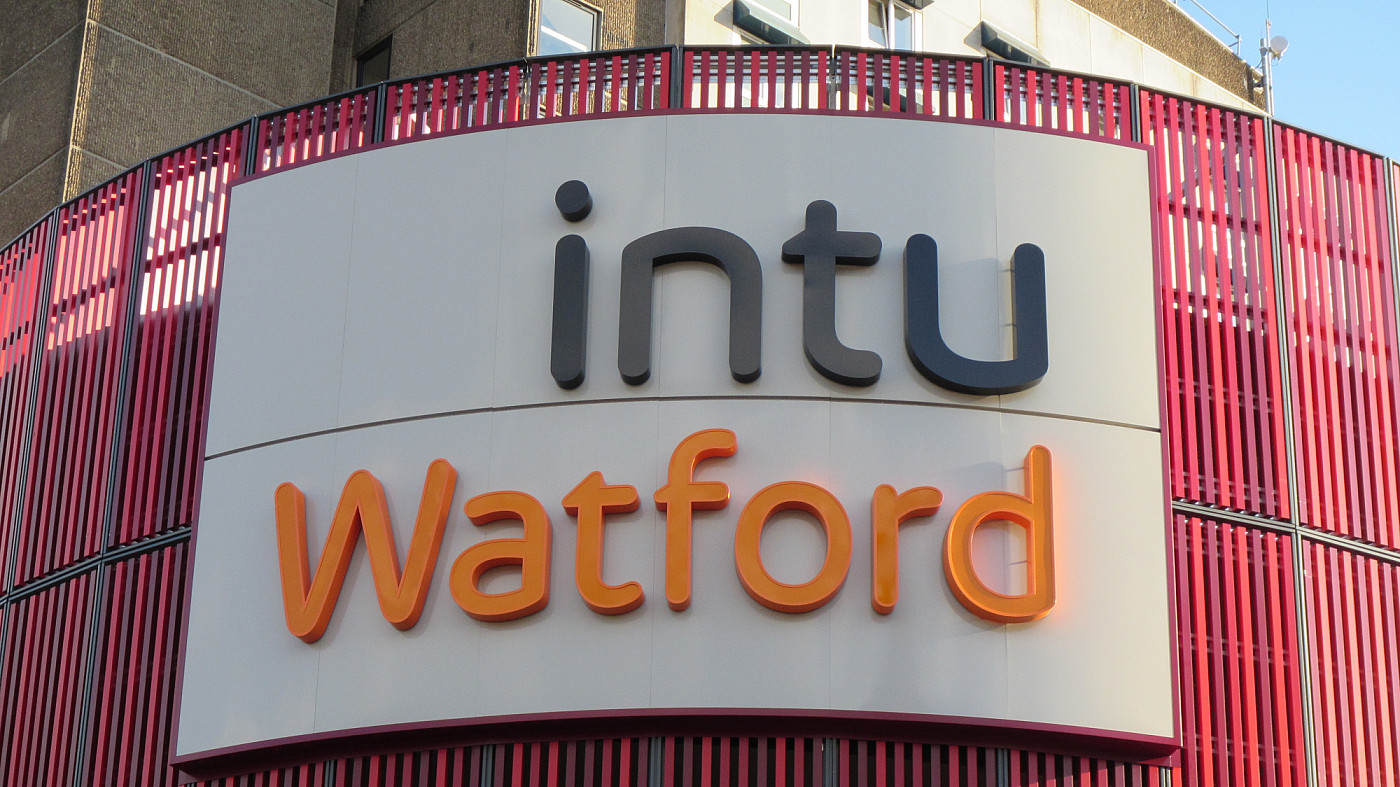 We’re excited to put the finishing touches to another extensive wayfinding and signage project for retail property group, intu, at the company’s newly redeveloped shopping and leisure destination in the heart of Watford.

As part of a £180 million programme, intu has added a 400,000 sq ft extension to intu Watford; to transform the site into a world-class retail, fashion and leisure destination which will propel the town into CACI’s top 20 national retail destinations ranking, placing it alongside Edinburgh and Bristol.

Building on our successful collaboration with intu since the launch of their brand, we’re creating a unified retail wayfinding and signage scheme throughout the new and existing areas of the mall. The aim is to drive footfall between key retail and leisure offers and improve both orientation and visibility for the extension and its tenants.

The first new store to open to the public on 27 September is a brand new four-storey Debenhams, marking the completion of the first phase of development. The team at intu Watford will also be celebrating with a number of launch weekend activities.

Our work with intu doesn’t stop there! We’re also currently providing wayfinding and signage consultation for other projects, including a multi-million-pound leisure development at intu Lakeside in Essex and at Madrid Xanadú.

We wish the intu team the best of luck on all upcoming projects as they continue to create stylish and sought-after shopping destinations in both the UK and Spain.