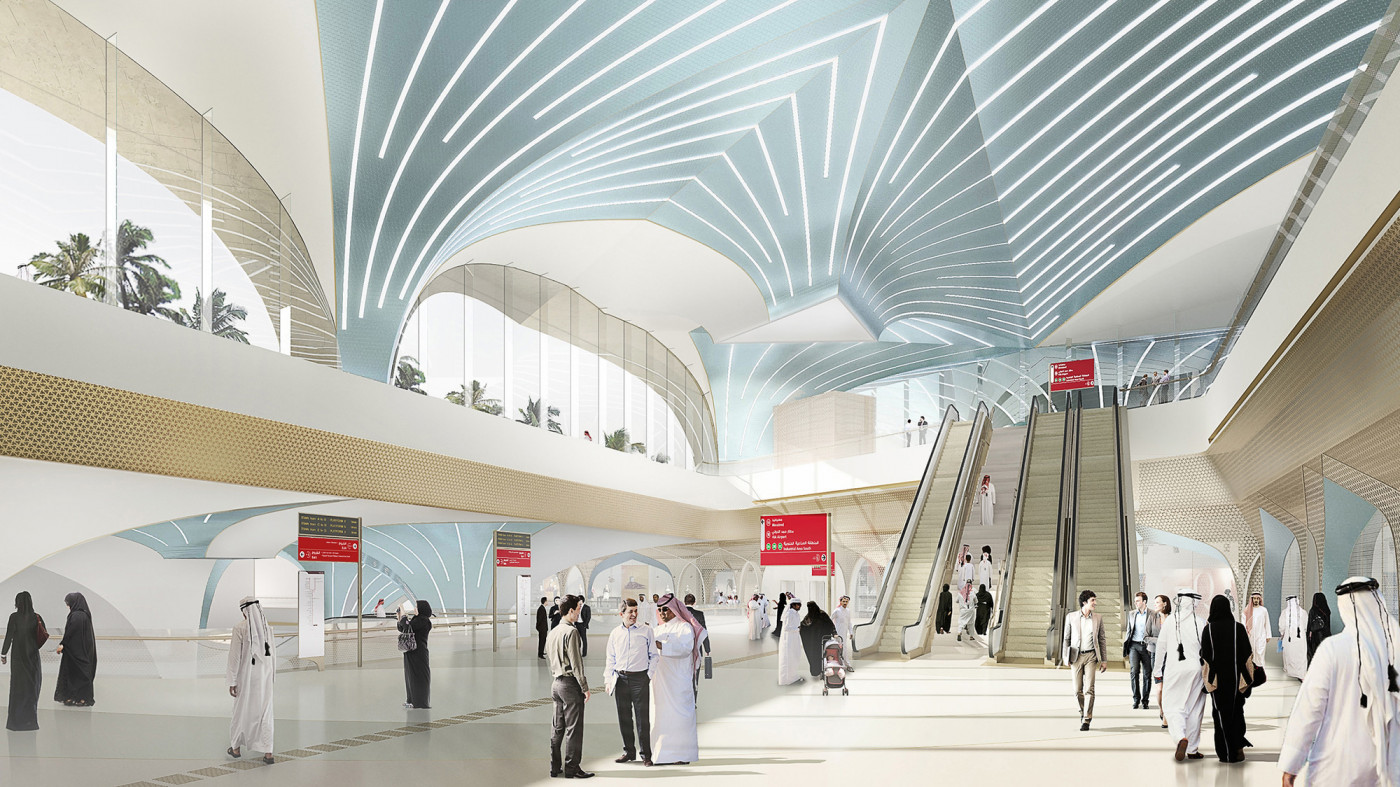 Endpoint has been appointed as the wayfinding consultant for Doha Metro by SAMOO Architects & Engineers.

Doha Metro, which will be part of Qatar’s larger rail network, is set to be one of the most advanced rail systems in the world. It is a key part of Qatar’s ambitious infrastructure project as it aims to be ready to host the 2022 FIFA World Cup.

Building on the wayfinding manual developed by Mijksenaar, we are creating the wayfinding strategy and design for Phase 1 of the three line metro project for the two major stations at Msheireb and Education City. Msheireb, shown in the image above, will be located in the heart of downtown Doha, which is currently undergoing an urban restoration project and will become the capital’s leading metro station. Education City, located on the outskirts of Doha, will be connected to the regional railway network as the area aims to be a centre for educational excellence in the Gulf region.

The stations are expected to be operational by 2018, with the entire network due for completion by 2026.