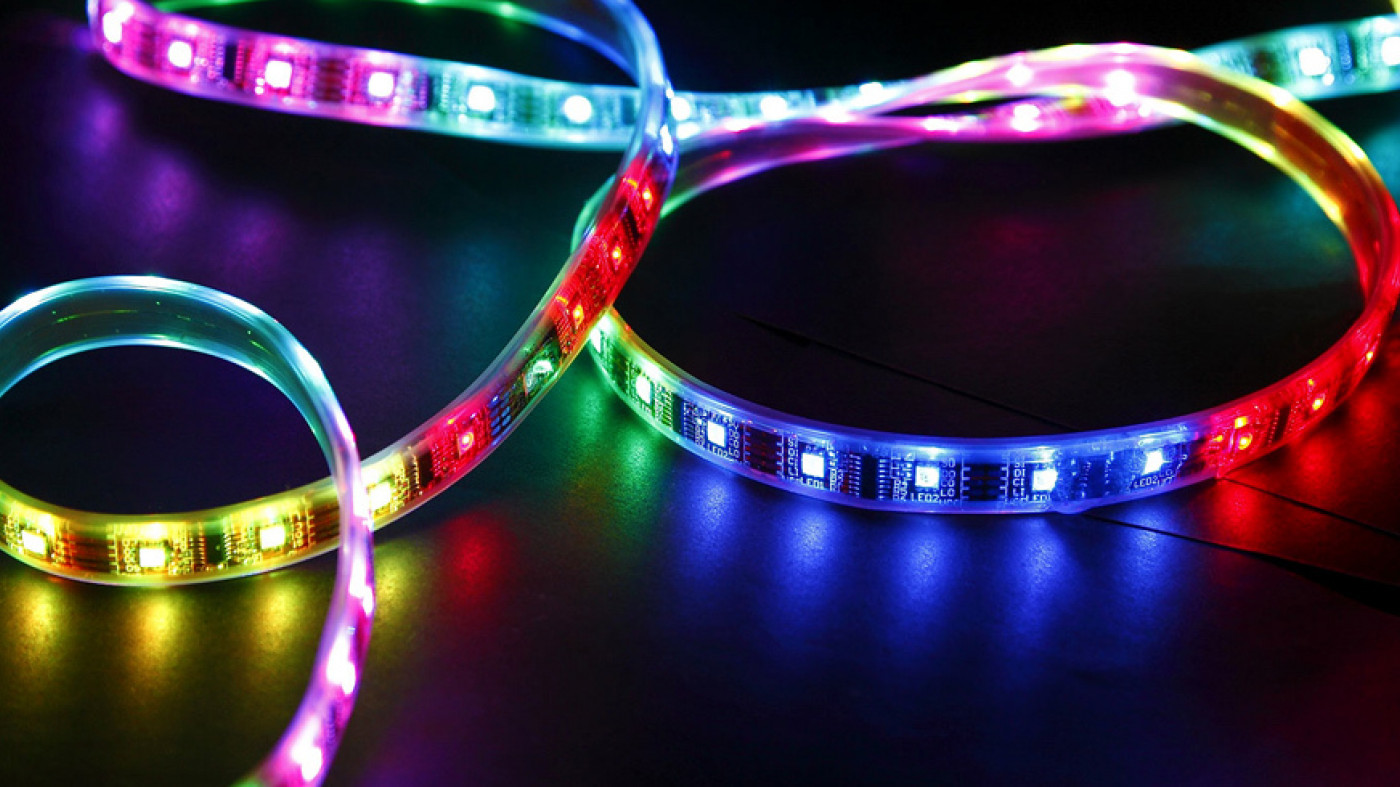 How LEDs are lighting the future

The filament is dead, fluorescents are dying; long live the LED!

2012 saw the LED’s 50th birthday coincide with the spectacular showcase of the Olympic Games opening and closing ceremonies, which firmly put the LED in the global spotlight. You may remember the LED paddles at every seat turning the stadium into one gigantic oval screen, clear ‘for everyone’ to see.

LED technology itself has in essence been around for some time, but the last five years has seen it continuously improving while steadily falling in price. The LED technology at the London Olympic stadium cost a reported £10,000,000, however installing the same at China’s Bird’s Nest stadium four years ago would have proved almost impossible, as the costs then would have been astronomical.

But why is it that LEDs are only coming into their own now if they pretty much wipe the floor with the competition?

Well, the past 50 years of development has seen more than just a cost reduction. The initial LED technology was slow to develop the use of the full light colour spectrum (the only colour option available was red) and thus was not deemed a viable alternative to other lighting forms. But it was apparent from the outset that it would only be a matter of time before other colours could be mastered. When the white LED was developed in the 70s, along with extra bright output, the worldwide consumption of the LED started to take off.

What are LEDs, how do they work and why are they poised to take over the world?

Light Emitting Diodes (LED), in their traditional form, can be thought of as mini light emitters that are easily incorporated into electric circuits for the purpose of generating light.

LED illumination is provided by the flow of electrons through a semiconducting material €“ rather than relying on the glow of a filament like an incandescent bulb €“ and the implications of this are vast and almost universally beneficial for all of our lighting needs. Electroluminescence is the name given to the phenomenon of light generated in this manner, and while it might be hard to assimilate small packets of light being released continually as if by magic, it’s only really because it has no direct comparison with anything else we can easily relate to.

On this basis it might be best to just to accept it and move on, as trying to delve deeper runs the risk of encountering a level of complexity that’s probably worth avoiding unless you’re studying for a PHD; but if you are, here’s a lecture introducing the topic (which is then covered in full in a further 40 lectures). Enjoy!

The benefits of LEDs

Aside from a vastly longer life than a filament bulb or fluorescent tube/compact (it’s roughly twenty-five times and seven times respectively), the process of direct photon release by LEDs generates a fraction of the heat of the alternatives (the main cause of the saving) and takes no time to reach full brightness.

LEDs are also smaller, lighter weight and more durable, being resistant to both vibration and shock. So in terms of light output, this can result in the same illumination as before, requiring dramatically less energy, or the same energy as before but dramatically improved illumination.

The Uses of LEDs

The LED has become one of the major catalysts for much of the technology we use and see today, both in high-end electrical products and your every day essential products.

LEDs, along with their younger brothers OLEDs, are the keys to illuminating the screens of everything that Steve Jobs has given the world with an ‘i’ in front of it; Macs, Phones, Pads, Pods and all their many competitors and comparable products. They are the main components of the huge screens that hang at festivals and the billboards that light up Times Square and Las Vegas, where large scale images are made from individual LEDs being used almost like pixels of a television.

LEDs also have life-saving qualities. On a car’s brake lights when every second counts (or milliseconds to be more precise), the speed with which LEDs transmit the brake signal compared to that of filament bulbs (due to the filament lag to full brightness) can help to prevent accidents, as the time saved can equate to a substantial amount of stopping distance.

The various colour options and the LEDs ability to reproduce illumination similar to daylight (5500k) can also dramatically improve nighttime visibility. Audi offers a good insight into both of these features (just keep scrolling down). This is all done with a reduced drain on engine efficiency, power and petrol consumption and of course don’t forget that as the LEDs will almost certainly last longer than your car, you won’t have the inconvenience of taking your car to bits to change them!

You can see all these benefits mirrored in other aspects of transport from traffic lights to guiding lights down runways to signals on the railway, where the lack of servicing required is a substantial advantage.

As ever the proof is in the pudding and recent trials with community lighting have proved a great success, making residents feel safer due to the greater illumination. And from lighting Tower Bridge to Tewkesbury Abbey the appeal of LEDs will continue to grow with even more efficient street lamps on the cards which offer better light direction and less light pollution that may even help us to glimpse more of the stars in the night sky.

Anyone who has tried to change an incandescent bulb which hasn’t had chance to cool will verify how hot they get, and this undesired byproduct equates directly to their lack of efficiency, and as we all know, wasted heat costs money. While this has long been known it is only now that the price is right for LEDs to step in as an alternative, though once the switch has been made there will be no going back, and the lights will finally go out on the filament bulb

Production of 100-watt filament bulbs ceased in Europe at the end of last year and 60 watt bulbs are due to be on their way out in 2013. From 2014 all incandescent bulbs over 40 watts will be banned in the USA following years of campaigning from the Carbon Trust and the online blog banthebulb.org.

Fluorescent tubes are also being replaced with LED alternatives as they also have the added benefit of containing no environmentally hazardous mercury, meaning organisations can also reduce their carbon footprint.

Ikea has signalled that by 2016 they intend to only sell LED lighting, and have recently been experimenting with a new line of products. Tesco has begun stocking LED bulbs, and though the range is somewhat limited, it is continually increasing. Philips, the worlds’ largest lighting manufacturer, says that LEDs already equate to a quarter of its lighting output and they have developed what they call their most efficient LED product yet. This follows an earlier version in response to product developments from their rivals 3M and GE. In addition, Phillips has also developed the Hue range allowing you to change your bulb colour to match your mood via your iPad.

In our industry Endpoint have been working with LEDs for some time. Their size, efficiency and particularly longevity can be fundamental for projects with difficult access. Due to the fantastically long life of LEDs and negligible failure rate, as long as accompanying elements with shorter lives, such as transformers and control units are housed remotely so that they can be more easily changed, it can lead to substantial cost savings for our clients.

However, it must count that the full switchover will take time. The answer to the question: How many LED bulbs does it take to change the world’s light bulbs? Is estimated to be roughly twelve billion!

The futures bright, and LEDs are lighting the way, but where to next?

It’s important to realise that while LEDs are certainly revolutionising the way we light and experience our world and are vastly more efficient than anything that has come before, there is still the potential to improve. Present LEDs are only estimated to be 25% efficient when it is believed that up to 60% efficiency is possible.

The challenge for organisations and brands, however, will come as they further increase their use of LED displays, screens and signage throughout the world. As with any global brand rollout, organisations are, to some degree reliant on the expertise and manufacturing techniques of local suppliers. Manufacturers in one country may use a different colour palette or specification of LED to a manufacturer in another, making it difficult to ensure complete consistency of the brand identity in every location.

At Endpoint, we are often tasked with ensuring that colours are reproduced consistently across several different media forms. As international brand implementation and signage specialists, we build a bridge between designers and manufacturers throughout the world to ensure that the brand identity stays as true to the original guidelines and specification as possible.

In summary, the advantages of LED over traditional lighting forms are resounding and as they continue their ascent as the light source of choice, the future of LEDs certainly looks bright even in space!