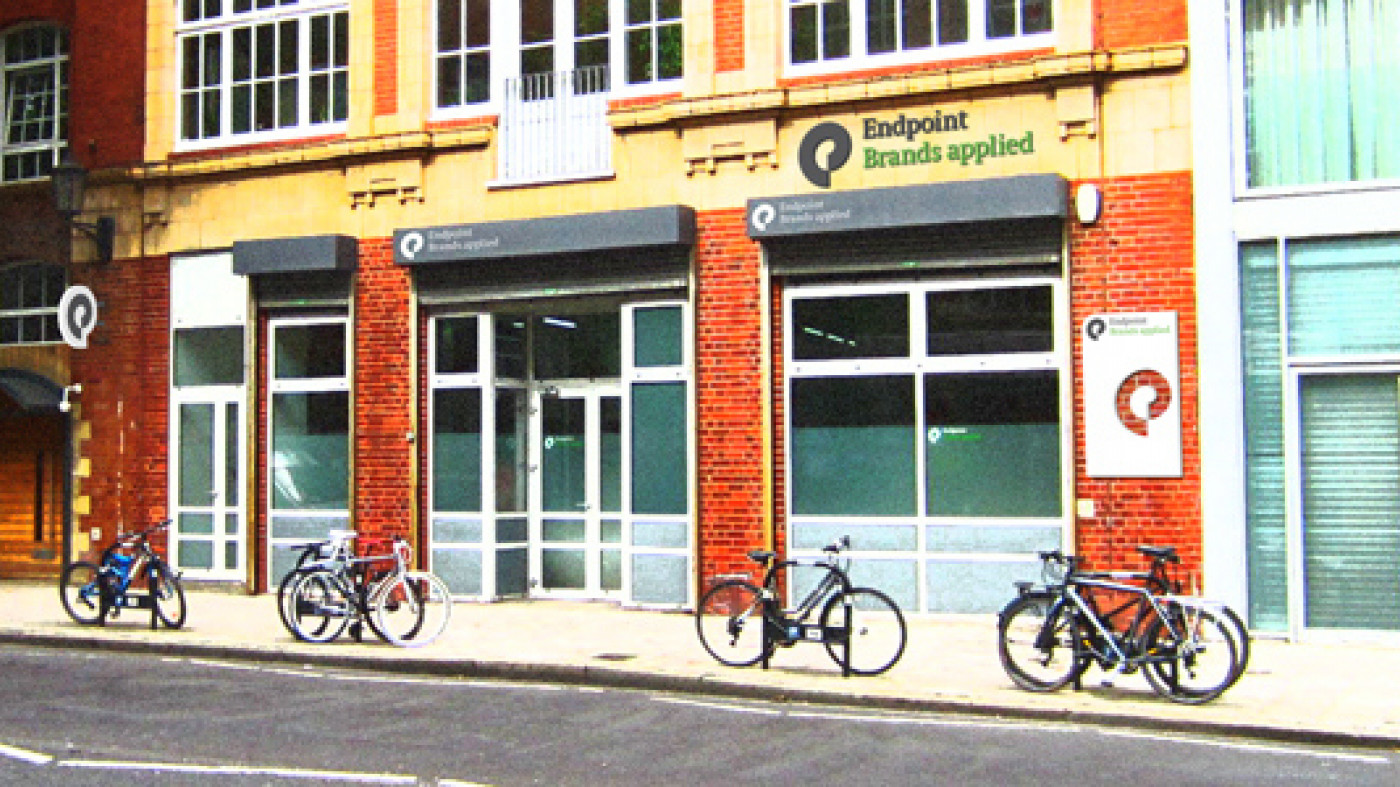 Can you see the signs? How restrictions on planning calls for innovative brand design

Creative thinking and innovative brand design are vital to ensure the impact and continuity of your visual identity.

How much attention do you pay to the signage that's all around you? I'm sure that you, like all of us, can read a sign to find a cinema, bar or club, but I suspect you never give the process much consideration.

As Project Manager for Endpoint, I work mainly on wayfinding solutions for our clients, tasked with the challenge of creating branded environments that not only fulfil the practical requirements of wayfinding but also show the brand in the best possible light.

In the UK, if you wish to display a sign on a building you must first own the premises or have the owners permission. Once you have that, you can submit an application to the Local Planning Authority (LPA) and pay a fee for an application for Advertisement Consent. The council will then assess your application and issue the applicant with a decision to either grant or refuse the planning application. Simple? Not quite.

I am in charge of submitting the application for advertisements as our client's agent to its LPA. So far at Endpoint, I personally have submitted close to 100 planning applications for both Advertisement Consent and Listed Buildings consent, and have many more to come. I have learnt something new from each and every application I have submitted, as no two applications are ever the same!

Advertising without the logo!

The UK is a country known for history and heritage, with landmarks such as Windsor Castle, Stonehenge and the Houses of Parliament to name but a few. In areas such as these, the laws on advertisement planning tend to get very strict and it can sometimes feel like it becomes less and less about the brand you are trying to promote, and more about how best to keep the planners happy and propose a scheme that they will allow.

Premier Inn, for example, has been a client of Endpoint's for 10 years. They have over 600 hotels in the UK alone, and they are expanding globally. The locations of these vary greatly; city centre high rises, beach-front lodges, countryside getaways all areas of which will belong to a council that have their own rules and regulations as to what type, style, quantity and location of signs are acceptable.

Having locations as diverse at this presents challenges for our clients. For example, we recently completed the Advertisement Consent Application in one of Britains more affluent and historical towns. The site was in the middle of a conservation area, which led to many lengthy discussions and negotiations before a final approved advertisement scheme was configured. The expressed consent permitted halo illuminated individual letters without the logo! Something the planners insisted on in order for the application to be approved.

No logo? Surely the planners, whilst I appreciate their consideration and preventative measures to avoid sign proliferation and consideration of listed buildings or protected areas, should consider a company's hindered ability to function on a high street without a logo? From a business point of view, the building signage that the planning department has pushed for, whilst fulfilling its wayfinding brief, doesn't necessarily promote the brand in the way that the company would like in an ideal world. However, the council wish to maintain a heritage high street that's free from over-sized signs. Now, I must say, that I agree with de-blinging a signage scheme for the sake of a protected building or conservation area, but I do sometimes wonder whether these amendments are a little unreasonable.

At the other end of the spectrum, an Advertisement Consent Application in a large town North-West of London was submitted and approved without any negotiations or amendments within the 8-week time scale (you may think 8 weeks is more than enough time, but these applications often take on a life of their own with negotiations, committees and local resident groups getting involved). The approved signage consists of high and low level, internally illuminated light-boxes, as well as free-standing totem signs and building illuminating up-lights an ideal signage and branding solution as it allows the building to be recognisable to all who pass it, especially people who are trying to find it, thus fulfilling both brand awareness and wayfinding functions!

Helping your brand come to life!

The contrast between the two decisions reflects the differences that you can see in signage for some brands throughout the country. The question is what effect does this have on the brand? You might see a company's brand in the South of England with large internally illuminated light-boxes in the brands colour with the logo, and the same company's brand somewhere else that has individual lettering signs with no logo. Do you still associate the two as being the same brand? You would if you looked closely but perhaps not if you were just passing by, or trying to pick it out from between a number of buildings. This is where Endpoint's skills and expertise come to the fore, and where my job of interpreting and design engineering the signage without diluting the brand really comes to life.

As well as the challenge of dealing with diverse and disparate councils, were also working on large-scale urban developments, which are on the increase. Most city centres and some towns are re-generating and up-scaling what they have to offer. Developments that lay homes to shops, cinemas, restaurants and apartments all in one complex creating a metropolis style community the future!

With projects such as these, come the architects, developers and retail design teams, none of whom want huge great big light-boxes, in all different colours (for all those different tenants) relating to their brand littering the front of their beautiful architectural masterpieces. These types of developments have become a new challenge for brands on a similar level to heritage sites and conservation areas. For example, they may want individual lettering, manufactured in a brushed stainless steel effect so as to relate to the building facade; all signs may need to sit at the same height just above the doors; each unit may be permitted only one projecting sign, to be fixed at the same level as the entrance sign, no more than 750mm in width. And so on. These are the sorts of specific controlled measures that we have to adhere to as a planning agent.

So how do you create an impact without being allowed to stand out?

Again, Endpoints expertise in design engineering comes into play, as what this does do, is allow for some creative opportunities. Modern architecture is often seen to state grand glazed entrances, double height ceilings and industrial materials that all allow for some really creative thinking when it comes to designing signage and advertising the brand. Maintaining brand integrity across this vast range of practical signage constraints is where a lot of brand owners come unstuck, finding themselves with a disjointed brand image, one that confuses customers and dilutes their visual identity.

The trick is, to get creative with the brand in such a way that it remains recognisable throughout the country, world, the universe!