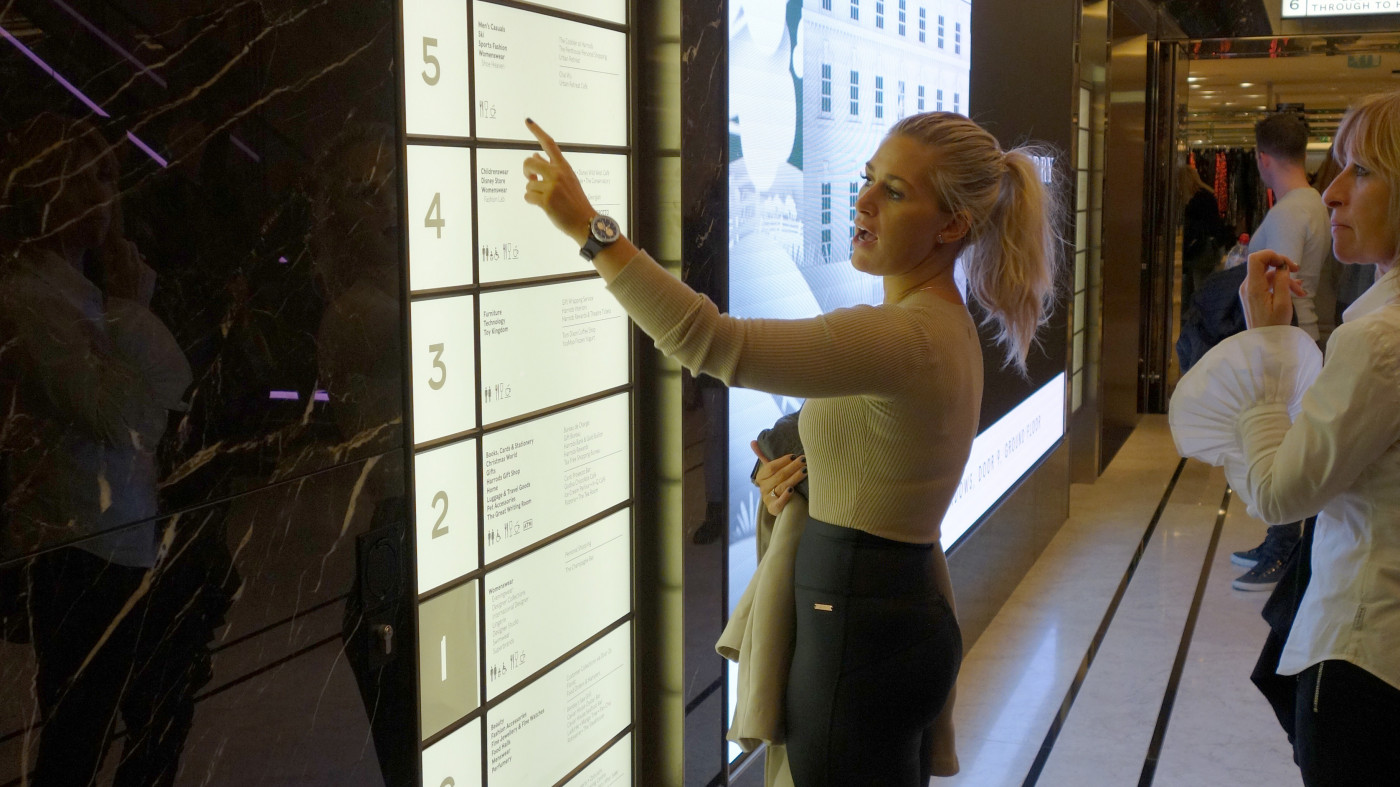 Navigating unknown roads once required the use of a physical map. But technology changed all that. We now have access to an assortment of much richer data – real-time traffic notifications, arrival time estimates, along with a friendly (and occasionally uppity) voice to guide us on our merry way – features that paper maps just don’t offer. Now it seems that this level of insight is expanding to indoor environments: specifically, malls and airports. Is this the direction in which retail wayfinding is moving?

When Apple launched its latest iPhone software update (iOS 11) back in September, the technology giant unveiled the addition of indoor mapping to its native Maps app. Many have been quick to champion the tool’s usefulness, but what does it mean for traditional wayfinding? Are signs and directories going to become obsolete, just like the humble map?

To better understand the need to map internal spaces digitally, perhaps we need to consider the wider transformation that retail is undergoing. It seems that more and more stores are focused on providing brand experiences rather than shifting merchandise (that’s what websites are for, right?). As a result, there’s less permanence as more brands create pop-up shops, capitalising on the decline of more longer-term retail residents. But even so, surely property managers and retailers both want customers to spend less time on their phones and more time actually engaging with what’s right in front of them?

Of course, the use of indoor maps will prove useful in most instances. I can see the feature come into its own for those in the unenviable position of hurriedly navigating between departure gates during a tightly timed transfer in an unfamiliar airport. But do we really need an app to show us the exact location of specific retail outlets in a single indoor environment?

I’ve no doubt it will prove handy for those exploring new retail therapy territory. Indoor maps give shoppers easily accessible navigation information, and for retailers (with the right set up) it’s possible that data gleaned from mobile devices will give them a better understanding of customer behaviour.

However, traditional wayfinding elements – such as mall guides, directional information points, and digital display screens – are essential aspects of the retail experience. They’re part of a wider tapestry of familiar elements that orientate us as we go about our business, usually within a space with an open floor plan and amazing vistas. I’m well aware of the online’s growing influence on offline spaces and the need to ensure the two complement each other. But that’s not what indoor maps offer. Not yet anyway.

Flipping the coin for a moment, having a central online repository of information makes sense from a property management perspective. Retail’s a volatile business. Stores seem to pop up and close down with alarming regularity. Being able to update your building’s information online, and then have it accessible to all makes the task easier than having to change traditional wayfinding information elements. This would be enormously cost-effective too.

That said, a retailer’s primary concern is consumer behaviour. If customers expect to have wayfinding information instantly available then it needs to be right there, on tap. And if it needs to be both manually and digitally altered every time a retail space change then the time/money investment must be made.

However, perhaps there’s a compromise. Commercial digital screens used in public areas continue to get better. If these were to become the main focal point of a retail wayfinding system, then perhaps the outlay needed to constantly manually change other elements would be reduced?

The most important thing here is that customers can quickly view up-to-date information without unnecessary engagement. Personally, I wouldn’t wait to use an interactive information point if someone else was already there; taking their time to plan an afternoon at the shopping mall.

There’s no substitute for tangibility. You can’t try on a dress, suit, or pair of shoes online. Technology might be able to superimpose what they will look like on us, but nothing can convince us to spend like actually experiencing something first-hand. Plus, you can’t eat a meal online with your friends once you’re all shopped out.

Necessity remains the mother of invention. It might seem far-fetched to imagine the mall of the future as a digitally-enhanced experience hub, but considering the ways that many brands are already using Virtual and Augmented Reality, it’s not that much of a stretch. I think we will see digital wayfinding become more commonplace as the lines between entertainment, commerce, and marketing blur: as more retailers use technology to entice regular visitors; not just for one-off promotions.

But, while shoppers without the necessary technology in their pockets exist (not everyone has the latest smartphone), wayfinding elements will remain firmly in place. Right up until the day that more phone-focused shoppers bump into them than actually use them.