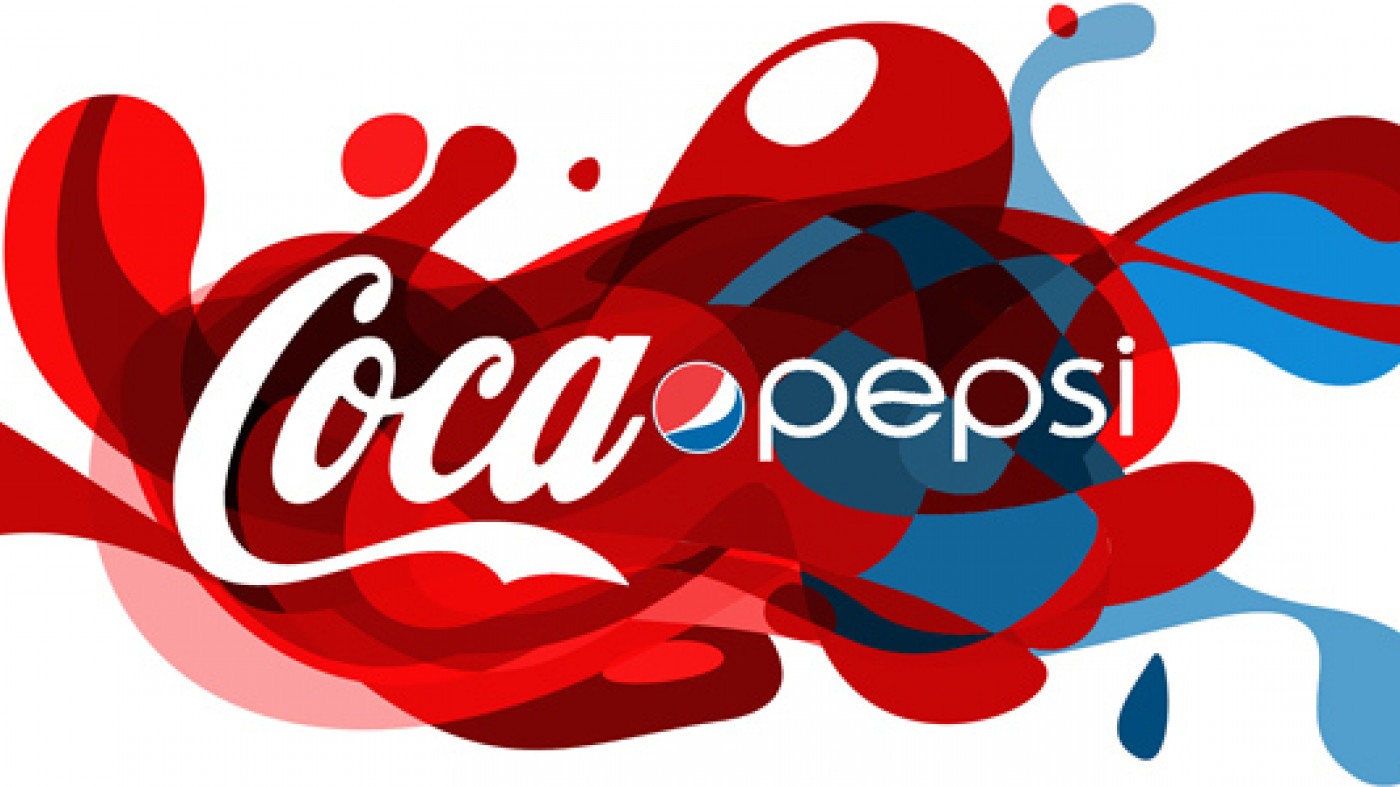 What would happen to your ‘views’, ‘followers’ or ‘likes’ and what would be the result of a hypothetical merger between PepsiCo and Coca Cola?

How many of you sitting there reading this have a Facebook account? I’d say it was a pretty safe bet that most, if not all, of you, do – and it’s not just people that have joined the social media revolution, it’s also safe to say that your favourite brands are busy ‘Tweeting’, ‘Facebooking’ and social networking as we speak!

Take Coca Cola for instance. On 24th April 2012 at 14.21pm they had 41,519,428 ‘likes’ on Facebook, 66,392,817 Youtube video views and 525,470 Twitter ‘followers’. That’s a hefty chunk of their audience I’d say! Social media has provided them with the opportunity to reach out to the world and offer them a completely new platform on which to express their affiliation to the brand, thus spreading their popularity across the web and beyond, quite literally into the hands of their customers as they tweet on their mobile phones and watch videos on their iPads.

But what if tomorrow Coca Cola decided to rebrand to ‘Soft Drinks Co’? Or ‘Drinks On Us’? (Yes, I know those names are terrible but they’ll do to illustrate the point.) Or even worse, what if PepsiCo & Coca Cola were to merge?! What would happen to those ‘likes’, ‘views’ or ‘followers’? These are important considerations for any brand owner and it’s well worth taking some time to reflect on such implications before embarking on a social media rebrand.

The modern ‘Holy Grail’ of branding!

Research shows that by the end of 2011, there were over 500 million active Facebook users, which means 1 in 13 people on Earth use it, with half of them logged in on any given day (Digitalbuzz, 2011). That’s a lot of potential customers.

Social media can introduce your brand to a new audience. Beyond that, it is only a tool in what should be an extensive brand toolbox, one that should be integrated into all channels and forms of communication. Let’s take Starbucks for example. They’ve recently experienced an increase in brand value, coming in at number 97 on Interbrand’s Top 100 brands of 2011. They rank 17th in Social Media Reputation’s latest table – above such giants as Nike, Mercedes-Benz and Ikea. By creating an engaging online presence across a variety of social media platforms and employing proactive online representatives, they have improved brand perception and forged a deeper emotional connection with their customers.

At the other end of the spectrum, there has even been an example of how a brand has taken a serious nose-dive due to social media, with RIM, the owner of Blackberry, still reeling from their global service outage in October 2011. Notable figureheads including Lord Alan Sugar and Piers Morgan took to Twitter to vent their anger. With their combined following of nearly 4 million, this amounted to an unprecedented level of negative press, culminating in a sharp drop in RIM’s share price. This has continued to fall, with Blackberry slowly but surely falling out of favour with the technological generation, to the point where they are now considering withdrawing from the consumer market.

As all conquering social media can be and side from the examples of success and failure, it is also important to examine the pitfalls of rebranding your online identity or even what problems would arise from a company merger.

Rebranding social media – Where do your ‘likes’ go?

Let’s work on the hypothetical situation that PepsiCo & Coca Cola do decide to merge, therefore prompting a reactive rebrand. Strange thought isn’t it? Two fiercely competitive soft-drink titans kissing and making up’¦ some would say settling their problems over a drink.

The merger of these two companies forming ‘Drinks On Us’ and creating a soft drinks ‘superbrand’ means both have well established social media presences, with millions of connections, so combining the two is surely easy and makes sense?

Coca Cola has a combined social media following (Facebook ‘likes’ added to Twitter followers) of 42 million, whereas Pepsi is in a clear second place with a total of 9 million.

Unfortunately for these two global giants, there isn’t a direct route enabling a company to carry their rebrand across their social media sites. Twitter doesn’t allow migration of ‘followers’, Facebook won’t merge ‘likes’ between two pages and Youtube certainly can’t conjoin video views and channel subscriptions. This is preposterous surely? How is it supportive to a modern and forward-thinking brand?

All social networking platforms are brands in their own right, and eventually as the platform continues to grow, we’ll end up with one big social network – your followers, ‘likes’ and subscribers will all be rolled into one. Inevitably that will mean somebody has merged with somebody else? So when push comes to shove social networks are going to have to provide organisations with the facility to merge subscribers. Why not now? A quick internet search returns handfuls of articles and blogs asking for this option. Someone, somewhere, high up in the San Francisco valleys must be listening.

So what does this all mean for the mouthwatering prospect of ‘Drinks On Us’? As I mentioned, Coca Cola is leagues ahead in terms of size of their social network, and one of the two companies’ pages is going to have to bite the dust, so I guess it makes sense to strike off Pepsi. In actual fact when we look deeper into their network, Pepsi has around one hundred thousand more Twitter followers than Coca Cola. This throws a social-network-shaped spanner in the works, as it makes sense to get rid of Coca Cola’s Twitter page, but ultimately they are the bigger brand. This all seems like a bit of a pickle! I guess they’ll have to fight it out, maybe agreeing on keeping Coca Cola’s Facebook page with Pepsi’s Twitter – that way it keeps both parties happy without too much fuss. Through all this though, we have to remember neither page will keep the original branding, purely the raw consumer connections.

So how can a rebrand be taken forward for now?

So what can a modern brand do in the interim? It starts from scratch, it advertises down the correct pathways and hopes its newest and latest rebranding is adopted in the social media spectrum. It could even become more popular than the original corporate website! The important thing to remember is: social media is about reflecting brand personality in a conversational style that a wider audience can relate to. It should support a brand’s corporate presence rather than replace it.

A well composed and regularly updated social media page can add enormous popularity to your brand very quickly, and reach a global audience even quicker – but is it worth the pain to repeat this process if a rebrand does occur? Your social media page is now often the first thing prospective customers look for, so a well branded and integrated message is like wearing your best suit to a job interview. I know it’s painstaking, I know it’s tedious and takes time, but yes it is worth rebranding your social media. I’d even make it a priority. Gone are the days where a face-to-face meeting is required before doing business, your social media page can sometimes be your first introduction, and coupled with a fully integrated rebrand, can deliver a precise and impactful message.

So when thinking of establishing a social media platform for your brand, remember to evaluate all possible angles, as once your pages are active, social media can either be your best friend, or your absolute worst enemy. Make sure it’s the former.