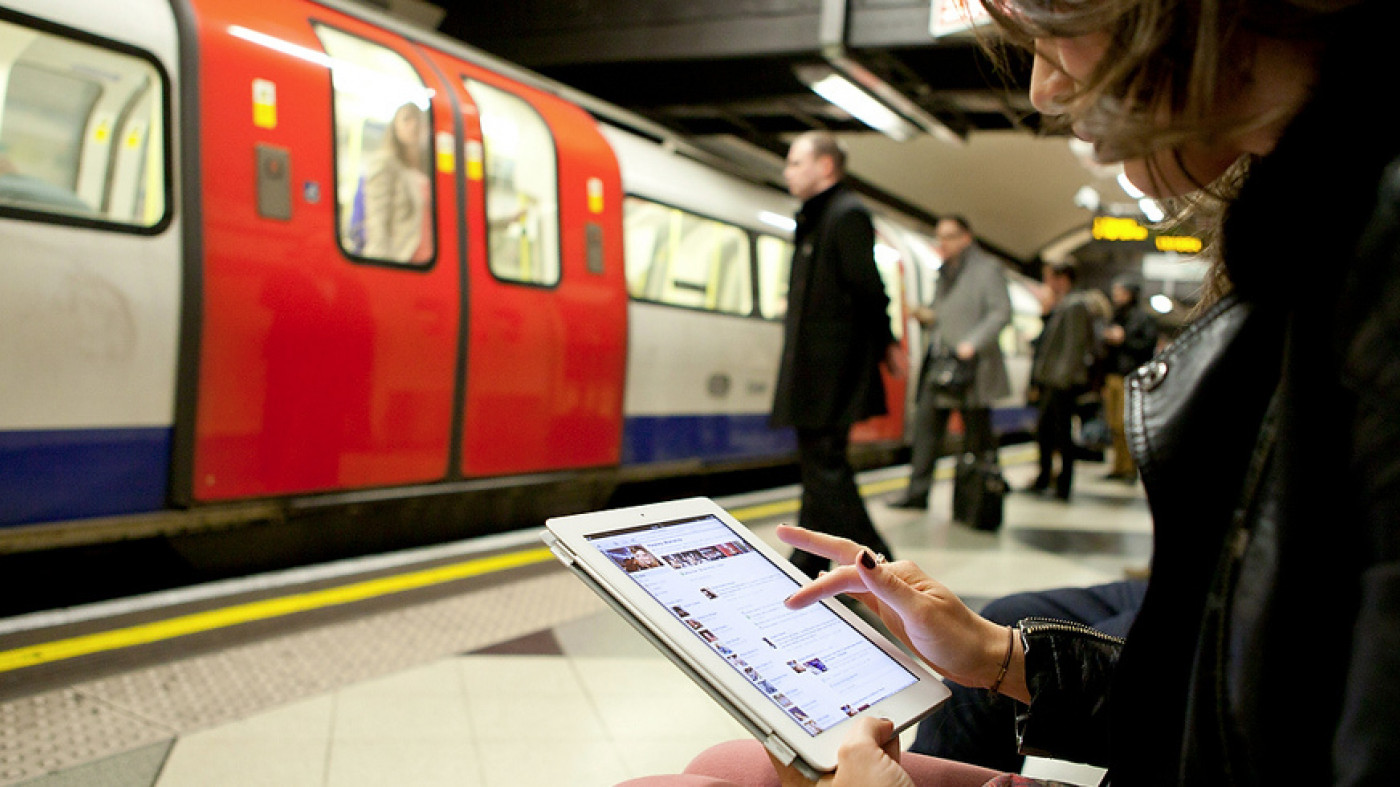 How technology could improve wayfinding on the London Underground

The London Underground tube map ever-expanding as a modern-day design triumph, but the ever-expanding rail network is testing it to its limits. Now, could the increase in technology and the availability of digital services at each station open up a new world of user interaction with the map? And could this improve the whole wayfinding experience?

Last month (February 2013) Londonist published the article ‘Will There Always Be A Tube Map?’ which examines the future of the London Underground map and how technology might make Harry Beck’s 80-year old design obsolete.

Inspired by Max Roberts, the author of Underground Maps Unravelled, Explorations in Information Design, the article discusses the perceived limitations of the existing map, a British icon, and the fact that the forever-changing network makes the map cluttered. It goes on to mention how today's map is currently incomplete as it doesn’t include rail lines such as the Thameslink route, stating that adding these in would cause confusion amongst travellers and highlighting how future rail upgrades will be difficult to signify. One final limitation addressed is the issue that the map only exists in static form.

The answer, according to Londonist, lies in technology and that the interaction with multiple devices will bring about simplification, be updateable and adaptable. It will also help better serve the needs of individuals, such as those where English is not their first language. What’s more, any technology introduced could be easily replicated for other mass transit systems around the world and thus deliver a profit.

For me, technology provides choice and opportunities to add value to what we do. It allows for interaction, deeper engagement and just-in-time information, all key in aiding wayfinding.

As the Londonist article points out, the digital and ‘nano’ technology revolution is moving at speed. It is invading every aspect of our lives and making fundamental changes in ways that we can only imagine. Google Glasses, for example, will further alter our perception of the world around us and make a static map wholly out of date. For the underground network, these changes are moving too fast to keep up with. There is a race to get mobile phone signals and WiFi within station and platform areas, but it is difficult to implement. The most recognisable public facing technology on the network is the replacement of the 2D poster cases into on-screen advertising, which is cluttering up stations around Central London.

So will this brave new world put pay to Beck’s map?

I don’t think so; well-designed wayfinding software will require well-designed solutions. The user interactions need clearly provided, well-executed examples of the network to be able to form a mental model and create a sense of place. Beck’s map has been doing this for over 80 years and has been proven to work. It is perfect for being made expandable with ‘bolt-ons’ and integrated into other systems, it could be, dare I say it a digital triumph. Although the pressure from new London rail links makes Beck’s map work much harder and the imposed grid means there is little correlation to the world above ground, it’s ability to convey the network simply with such beautiful ease is its crowning glory. Something this simple that works this well and has become the global industry standard is unlikely to fade into the background because the media it’s presented through changes.

So what about change, no one doubts that change will happen. However, serve is a today's process for a service that needs to justify it’s every spend. Using technology wisely to add value and provide flexible wayfinding would, of course, be hugely beneficial to users of the network, regardless of their individual needs. However, Transport for London has to question some fundamental issues such as, ‘what technology should we invest in and what happens when it goes wrong?’ The sheer number of phone apps available that claim to aid your journey on the Tube network shows that people are investing in technological based wayfinding for the network, but this is ‘up in the real world’ where the issues and questions are different and easier to work through.

The Londonist gets to the heart of this, but for me, the real issue is not about the message or the lines on paper, the real issue is about the medium. Bringing together the myriad of technologies into a unified, useable system that is rigorous and justifiable is the biggest challenge facing the network and one that isn’t easy to come by, particularly in the current climate, it requires a creative, lateral response, a leap of faith and probably a bucket full of cash.