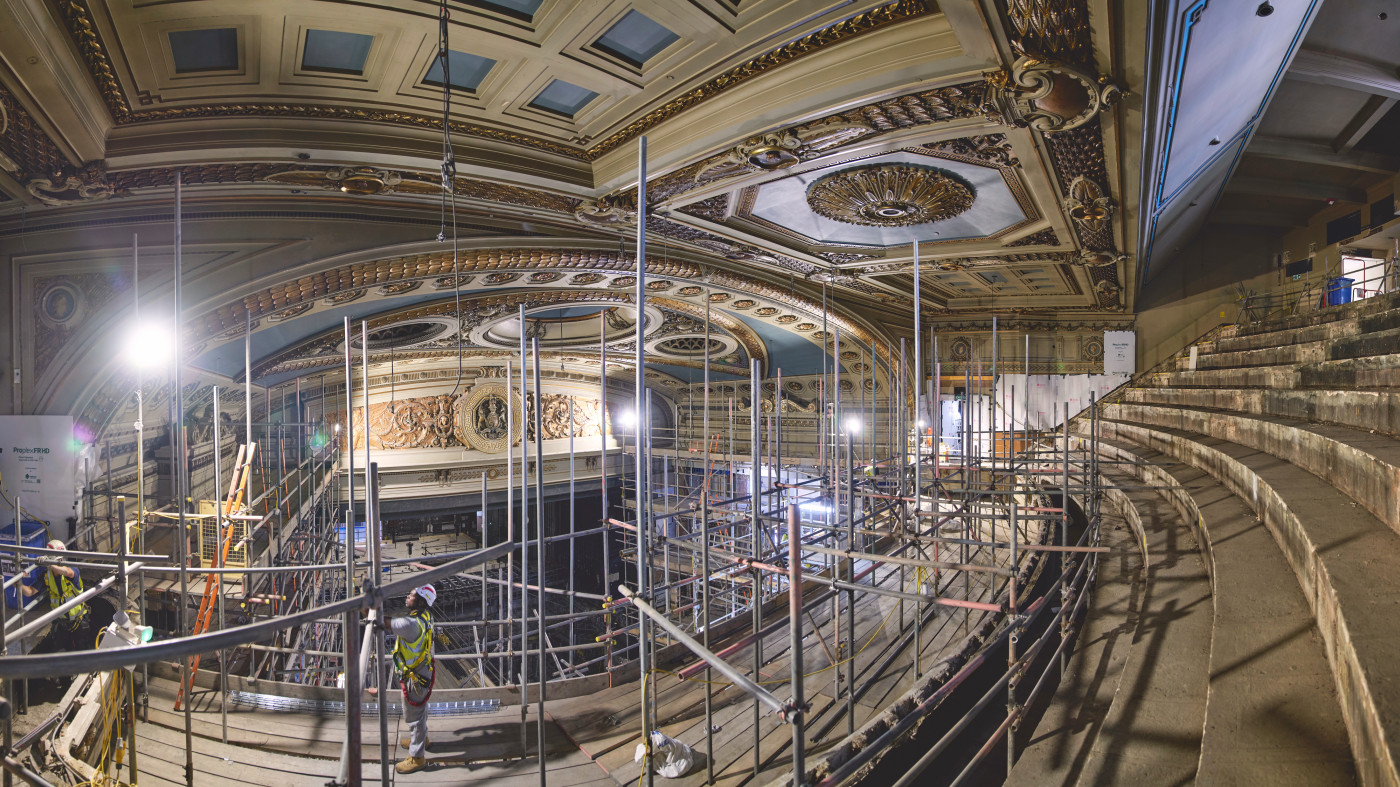 We’re pleased to announce that we’ve been appointed lead wayfinding strategy and concept design partner for one of the West End’s biggest names: The Theatre Royal Drury Lane.

Theatre Royal Drury Lane, one of seven venues in the LW Theatres group, owned by theatrical visionary Andrew Lloyd Webber, is a Grade One listed building located in Covent Garden, in the heart of London’s Theatreland.

Lead by Haworth Tompkins Architects and Alexander Waterworth Interiors, the project is part of a £45 million restoration that began in January 2019.

With this ambitious project, LW Theatres will restore the theatre to its original splendour, reimagined for the 21st century. The revived Theatre Royal Drury Lane will be open to the public all day and features bars, restaurants, afternoon tea and more.

In addition to improving the wayfinding experience, a number of access improvements are also being made - for the first time in its history, the building and auditorium will be open to all, with street-level access, 20 wheelchair spaces on three levels, five new accessible toilets and a 16-person lift. 20 female toilets will also be added, increasing the total to 55 - one of the highest provisions in the West End.

For us, the appointment comes hot on the heels of several other high profile cultural wayfinding projects we’ve completed – for the Royal Opera House, the Barbican, and the Southbank Centre.

The theatre will reopen in Autumn 2020 (to great applause, no doubt) with a production of Disney’s Frozen the Musical.